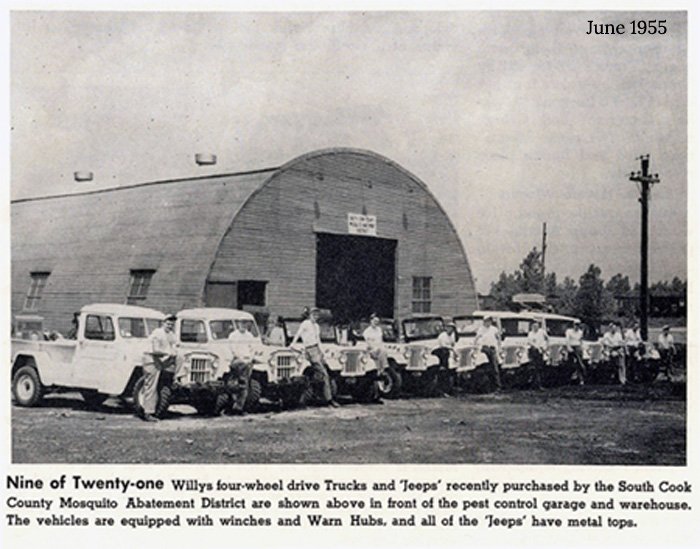 In 1927 the Illinois Legislature passed the "Mosquito Abatement District Act" which enables the voters, by referendum, to organize tax-supported abatement districts.

The South Cook County Mosquito Abatement District was organized in March of 1953 and became operational in 1955.

The District is the largest mosquito abatement district in the state of Illinois and one of the largest in the mid west.

Three hundred forty square miles are served by the District, which in general includes the area bounded by 87th street in the North, the Indiana state line in the East, Will County in the South and West, and DuPage county on the Northwest side. Four mosquito abatement districts serve about three fourths of Cook County's total area. There are twenty one mosquito abatement districts in Illinois.